Menu
Log in
Register
Install the app
You are using an out of date browser. It may not display this or other websites correctly.
You should upgrade or use an alternative browser.

The greatest show on turf was in full swing in 1969! Big train Stevens was in his prime along with Jersey Red and Handsome Danny Jones!

This was the year of the world invitational 9 ball tourney, not 68 like I posted in earlier post, my mistake but it sounded good Bahahaha

I first met Ronnie Allen that year! Beat him for 300 hundred playing even one hole, he played one handed I played two. He hated me ever since! Bahahaha

First half of 69 I was in full blown test mode, would play anyone as Jersey Red would tell me.

People I guess I just couldn’t play for 30 a game, I payed off 300 like a slot machine every time I played 30 a game. I either had to lower the bet or raise it 30 wasn’t working Bahahaha

Shortly after my 17th birthday myself and life long friend Bobby Taylor would make a very successful road trip thru the south and made good money for back in the day.

Arriving back in H town I paid off all existing debt and immediately went back to full blown test mode, had to! I had no choice! I thrived on that
s—t! Bahahaha!

I jumped on Grady and Duke like a predator with a drive I couldn’t control, I would play both multiple times with same result, I also needed Liscotti also but I would never get to scratch that itch!

By the end of 69 I had reserved my seat at the end of the bar at LeCue Club. I was now a world beater at just 17.5 yrs old or at least I thought so bahahaha

LeCue was now my house so I thought and I had to clean it, couldn’t help it at least I had to try! But there were world beaters in my way, I had serious business to take care of soon.

1969 was the best year I’m sure for The Greatest show on Turf. As good of action as Johnston City most weekends, world beaters lined the bar every night, great tunes on the juke box, best of the 60’s, Rolling Stones, bob dylan, tiajauna brass, temptations and so on!

I now set in on circles and was a full blown member of the greatest show on turf in 1969 at the best action spot in the world.

Do you remember any details from your road trip you mentioned? Did you ever play in Beaumont? Did you play in Louisiana? Thanks.

Great stories Keith! You bring us right there, a travel in time, you make me feel like I have a seat down along the bar too 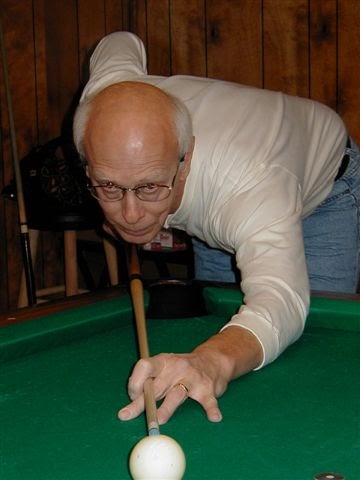