Menu
Log in
Register
Install the app
You are using an out of date browser. It may not display this or other websites correctly.
You should upgrade or use an alternative browser.

My ruminations about Covid 19

"Based on death certificate data, the percentage of deaths attributed to pneumonia, influenza or COVID-19 (PIC) decreased from 8.1% during week 27 to 6.4% during week 28, representing the twelfth consecutive week during which a declining percentage of deaths due to PIC has been recorded. The percentage is currently above the epidemic threshold and will likely change as additional death certificates for deaths during recent weeks are processed. "

People who die from Flu or pneumonia are in this count whether or not they have tested positive for Cov 19. The week ending July 11 was the 12th week in a row that the percentage of all deaths attributed to PIC declined.
L 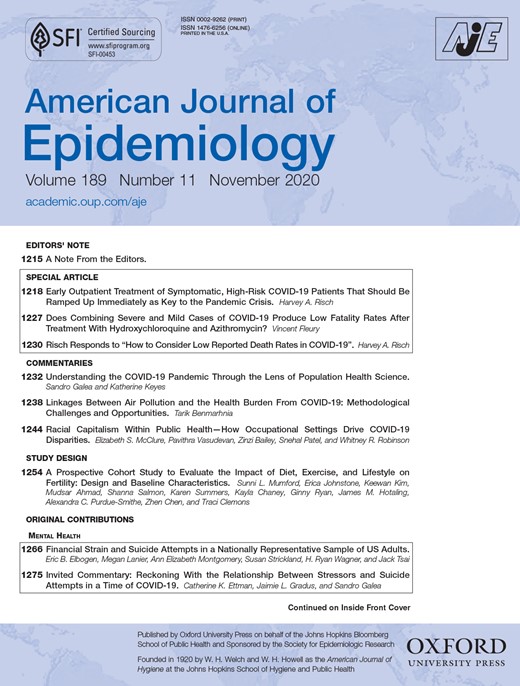 Early Outpatient Treatment of Symptomatic, High-Risk COVID-19 Patients That Should Be Ramped Up Immediately as Key to the Pandemic Crisis

Abstract. More than 1.6 million Americans have been infected with severe acute respiratory syndrome coronavirus 2 (SARS-CoV-2), and more than 10 times that numb

How a False Hydroxychloroquine Narrative Was Created, and More - LewRockwell

It is remarkable that a series of events taking place over the past 3 months produced a unified message about hydroxychloroquine, and produced similar policies about the drug in the US, Canada, Australia, NZ and western Europe. The message is that generic, inexpensive hydroxychloroquine is...

"Hydroxychloroquine has been used safely for 65 years in many millions of patients. And so the message was crafted that the drug is safe for its other uses, but dangerous when used for Covid-19. It doesn't make sense, but it seems to have worked. "

"Situations that were controlled to show no benefit included 3 large, randomized, multi-center clinical trials (Recovery, Solidarity and REMAP-Covid), the kind of trials that are generally believed to yield the most reliable evidence. However, each of them used excessive hydroxychloroquine doses that were known to be toxic and may have been fatal in some cases; see my previous articles here and here. [up to 2000 mg/day were adminitered; standard for malaria is 200 mg per week; for Lupus and Lyme disease, 200mg/day; recommended for Covid, 200mg once or twice per day, and most proponents recommend taking azithromycin or doxycycline and supplemental zinc with it.]

"[to conceal its effectiveness] You prevent or limit use in outpatients by controlling the supply of the drug, using different methods in different countries and states. In NY state, by order of the governor, hydroxychloroquine could only be prescribed for hospitalized patients. France has issued a series of different regulations to limit prescribers from using it. France also changed the drugs' status from over-the-counter to a drug requiring a prescription."

"...stop[ped] use of hydroxychloroquine, allegedly in response to the fabricated Lancet study, in France, Italy and Belgium (countries with very high COVID mortality rates) then Portugal then Switzerland. But Switzerland restarted using HCQ 15 days later.This created a natural experiment in Switzerland. About 2 weeks after hydroxychloroquine use was halted, death rates approximately tripled, for about 15 days. Then, after its use was allowed again, two weeks later death rates from Covid fell back to their baseline.
You must log in or register to reply here.
Share:
Facebook Twitter Reddit Pinterest Tumblr WhatsApp Email Share Link
Top